No Great Mischief by Alastair McLeod

A family of MacDonalds leaves the Highlands in 1779 lead by Calum MacDonald headed for Cape Breton. Their descendants spread across Eastern Canada. In the 1980s one of the red-haired clan loses his parents in a remarkable episode when they are returning home across frozen water at night. He is brought up by his grandparents. The story brings out the reputation of a hardy set of redheads capable of handling the rough life of the former wilderness mastered by their ancestors. The writer refers to the rebellion of the Scots in 1745 led by 'Bonnie Prince Charlie' and their eventual defeat at Culloden in 1746 where a Lieutenant Wolfe was a participant on the side of the English.

In 1759, General Wolfe captured Quebec from the French in a famous victory and at one point sent in the Highlanders from his army with the comment that it would be 'no great mischief if they were to fall' - see title of book!

This is a story of people's pride both in their heritage and in the future of their new country which they helped grow to independence. Highly recommended, nine out of ten.
Posted by Halvenon at 20:26 No comments: 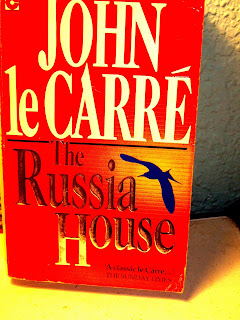 This is an enjoyable read even if you don't have much interest in the Cold War and how the ice melted in great power relations through perestroika (restructuring) and glasnost (openness) in the Russia of President Gorbachev. This is because the book is largely dialogue: a kind of courtroom questioning. Whether Barley, the charming Englishman, is being grilled about his integrity by representatives of American military or exchanging remarks with the beautiful Katya, there is a search for information, and the revelation of character going on through the dialogue all the time. If you think of how you talked to someone you fancied in the intial stages of your relationship you are on the right lines. If you remember how alert you became when you heard him or her mention another name that you thought might be a rival, you will have the basic idea. You want to find out more but not reveal your jealousy.

In Moscow, Leningrad, London or on an island off the coast near Boston in USA, and at a publishing exhibition, a party, in a one-to-one conversation, there is excitement in whether the spy-hunters will pick through to the truth under the plausible. And behind it all is an intriguing love story, 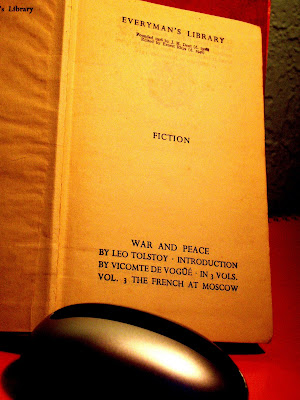 So, as you probably guessed that Andrew and Natasha's wedlock does not happen. Natasha is able to nurse the wounded Andrew on a journey out of Moscow and he forgives her for her escapade with Anatole Kaguine but dies in her arms, of course. Peter Bezukov goes through a period of depression, at one time consumed by a plan to personally shoot Napoleon, but rediscovers his good nature while surviving as a prisoner of the French on their retreat from Moscow.
Kutuzov, the old Marshall, after Borodino, manages to avoid another battlefield confrontation with the French as he believes that the invading army will waste itself without the need for another battle. The Tsar too is urged to depend on smaller skirmishes to finally remove the invaders. Nicolas leaves his regiment on the death of his father in order to restore order to the family's affairs by developing his lands in a profitable way with Maria and her fortune beside him.
Peter marries Natasha and scenes of domestic family life return to the story. The final section of the book, the Epilogue, sees Tolstoy put forward his view that individuals cannot manage chaotic events which change history (change established cultural patterns?). Such events are the product of numerous forces at work in people's lives.