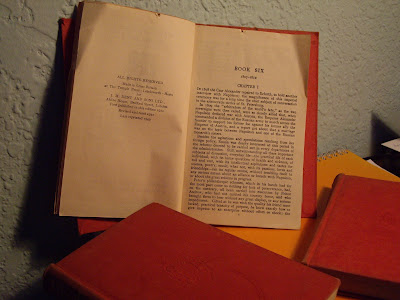 The photo of the first page of Volume II, Everyman's Edition, pub. Dent shows BOOK SIX. Don't worry, this is Tolstoy's presentation of his story not the publisher's.

The story of Volume II: Prince Andrew Bolkonsky`s wife, the 'little Princess', dies in childbirth on the day her husband returns from the war, where he was severely wounded. (The tragedy occurred in Volume I but I didn't mention it in the review as it may have been a spoiler for anyone starting out on the trilogy) Prince Andrew proposes to Natasha Rostov but his father makes him promise to wait a year before marriage. His sister, Maria, continues to live for God, writing to a friend whose brother has been killed in the war saying that His ways are ultimately for our own good and that her sister-in-law would not have been strong enough to bring up a child in the Bolkonsky household.
During Natasha and Andrew's layoff year the playboy Anatole Kanguine meets Natasha and with the help of Peter Besukov's estranged wife, Helen, persuades Natasha to elope with him, not telling her that he is already married. His dastardly plot is thwarted when Sonia and others of the Rostov household find out and Natasha is stricken with grief for her guilt.
Peter Besukov's concern for Natasha, and Andrew's father's classic decline into interfering senility are overtaken by the War as the French advance on Moscow. There is political confusion as factions scramble to advise Tsar Alexander. Revolution is prefigured 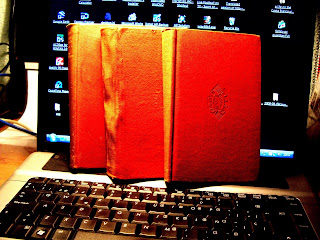 In the opening scenes, set first in St Petersburg, the fashionable capital with its elaborate manners, and then in Moscow, a more provincial city, we meet members of five families. Incident involving members of these families occurs throughout the trilogy. Andrew Bolkonsky, handsome and dashingly eager for glory; Nicolas Rostov, immature, a delight to his sister and parents, Peter Besukov, clumsy, intellectual, and rudderless with a huge fortune in prospect, are three of this number.
The first two are soon soldiers in the huge parade of the armies before the Emperors of Russia and her ally Austria. Rostov is entranced by the sight of the Tsar and feels that he could die for him. Bolkonsky, too, dreams of battlefield distinction. After the French victory, Napoleon's party on the battlefield come across the body of a young officer apparently struck down at the moment of grasping the colours of a French regiment. They find that the man is not dead although severely wounded. During the battle Rostov had been sent by General Bagration as a messenger with the hopeless task of finding Marshall Kutuzov for orders but he does come across plenty of battle detail for Tolstoy to describe. In St Petersburg after the Russian defeat, Bagration is nevertheless praised by the chattering classes for conserving the lives of his men.

Bolkonsky is feared dead by his father and sister but his young pregnant wife, the 'little princess'. has not entirely given up hope. His sister Maria, highly devout can accept disaster as God's will. The day of Bolkonsky´s momentous return to his family having been left for dead on the battlefield (he was the wounded Russian officer found by Napoleon) becomes also a day of family tragedy.

After his battle experiences, Prince Andrew Bolkonsky is content to settle on the family estate and remain out of society. The young ladies of the families we met in St Petersburg and Moscow come to the fore