Richard II by Wm Shakespeare and Framed by Tonino Benacquista 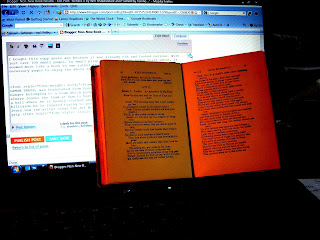 Richard II pub. Bliss, Sands & Co, MDCCCXCVIII (1898)
Richard II banishes two nobles: Mowbray, the Duke of Gloucester and Bolingbroke, son of his uncle, John of Gaunt, Duke of Lancaster. They have been bickering and accusing each other of treason. While Bolingbroke is in exile, his father John of Gaunt dies and Richard II tries to take over Gaunt's estates.

It is John of Gaunt, Duke of Lancaster, dying, but waiting to see his King and in the company of the Duke of York, who reflects on his admired country and its noble kings (but not the current one) in Act II, scene 1.
The speech often set for schoolboys to learn begins:
"This royal throne of kings, this sceptred isle
This earth of majesty, this seat of Mars..."

Gaunt's son, Bolingbroke, returns to England and it turns out that most of the nobles support him against the King, who only has the Duke of York and the Bishop of Carlisle on his side. Bolingbroke therefore prevails, deposes Richard and becomes King while one of his fans overdoes things. There is always one, right! Saying that Bolingbroke had wished the King was dead, this ONE sets off and does the deed, thus starting a slow fuse to the scattered bush fires known as the Wars of the Roses.